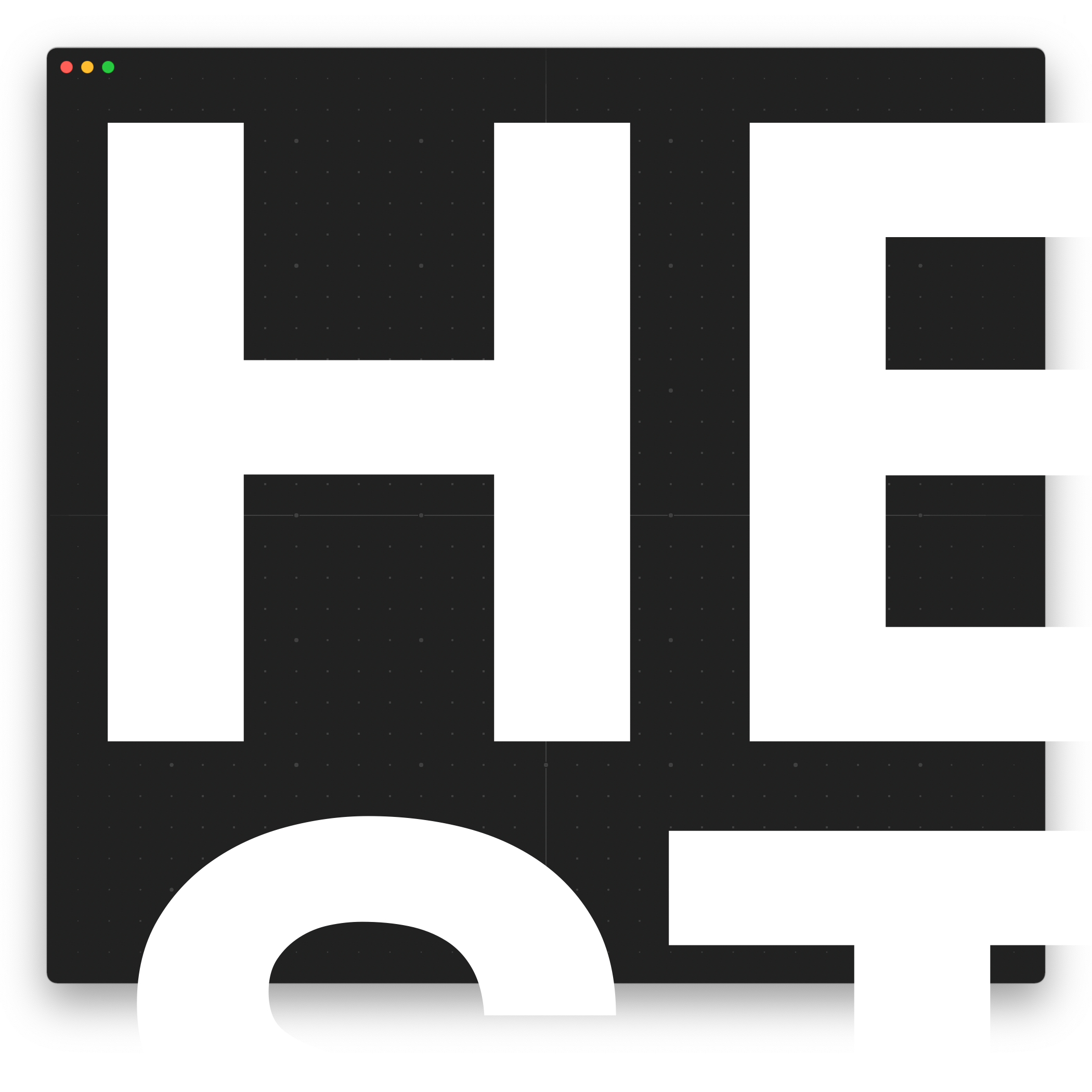 I'm starting a new podcast about Hest, my ongoing graphical programming project. To subscribe use this hand-crafted RSS feed, search for Hest or Ivan Reese in your podcast player of choice, or click one of the buttons here: https://pod.link/1559446316

Hest is an ongoing research project in which I chase my own personal vision for the future of programming.

It's a graphics tool, like Sketch, Illustrator, or Maya. It's also a visual programming tool, like Max/MSP, Origami, or Unreal Blueprints. In Hest, the graphic primitives are the programming primitives. You use the same tools to work on both art and code, because they're one and the same.

Unlike most programming systems, there's no separation between coding, debugging, and execution. Like Hypercard or Dynamicland, and unlike traditional compiled or interpreted programming languages, the code you create in Hest exists in the same space as the behaviour powered by that code. Unlike all those systems, code execution is slowed down — intentionally, and an amount of your choosing — so that you can visually follow the data in your system as it flows from function to function, being split, joined, and transformed along the way.

There are a lot of weird, wonderful, charming, upsetting, weird, novel, derivative, and weird ideas behind Hest. But for now, Hest is still more of an idea than a product. I've amassed a collection of reference material that informs it. There are a handful of functional prototypes I've built to play with these ideas. But as it stands, despite the fact that Hest is a project I'm being paid to work on, it has to compete with my other work responsibilities. I have very little time to devote to new development, and due to the scope of the project, progress is slow.

I'm launching this podcast to continue exploring these ideas, at a faster pace and in a freer fashion than I'm able to achieve otherwise. I will talk through them, and hone them, and reflect on them. Whenever the opportunity to write new code for Hest arrives, I'll be better prepared, having kept my ideas active in the time between.

The audience for this podcast is, first of all, myself. This is an audio sketchbook. This is thinking out loud. It's focussed and scattered. A second audience would be anyone interested in the Hest project, like the folks who follow me on Twitter or are active in the Future of Coding community. A third, anyone who enjoys hearing someone else think out loud. I'm one of these people, and it's my enjoyment of other similar podcasts that gave me the idea to do this.

I'm keeping these podcasts brief and frequent. I plan to release one a week like clockwork, with a runtime between 10 and 30 minutes. There will not be show notes, transcripts (sorry, Jack), or other per-episode chores. Episodes will begin and end abruptly, and are meant to be listened to in order. The audio quality should be superb. And as they say: whatever is in the show is in the show.

If you end up listening to any or all of this show, I sincerely hope you enjoy it. If you would like to respond to any or all of it, I invite you to reach out to me however you prefer to do so.