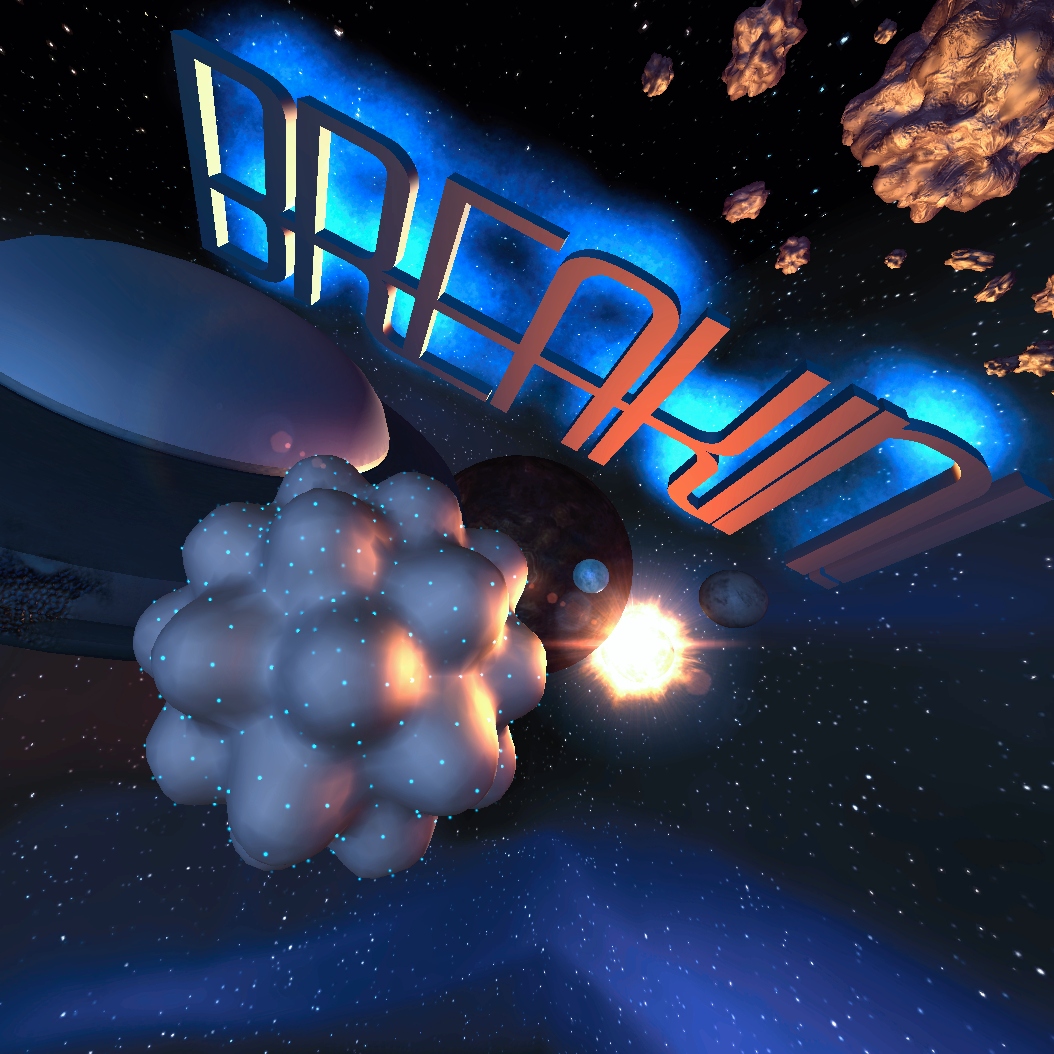 In 2011 I quit my job, and set out on an adventuresome attempt to make video games as an indie. My friend Sterling and I made a few interesting prototypes, burned through our personal savings, and then threw in the towel when things got heated.

Breakin! was our second prototype. Sterling wanted to make (and release) a game in a week — something really quick and dirty, just so we could go through the entire process. I agreed with that aim, but kept pushing the deadline back, because I didn't want to release something bad. Two months later, we realized we were over-polishing something dumb to an unduly silly extent, and called it done.

The idea for the game was... take the classic Breakout, and flip it around. Instead of trying to break "out" of something, you were trying to break "in". The aesthetic I settled on had the player taking control of a flying saucer, and breaking "in" (or, rather, just breaking "stuff" in general) across three different environments. Firstly, in space, the player was breaking in to your solar system. Secondly, in a countryside setting, they were breaking in to your house. Finally, for a secret "brain" level, they were breaking in to.. your mind. It made no sense, but it's all the art we ended up with while I desperately learned Blender and Unity.

I have a playable build of the game, but I'm not sure I'll post it. Nagging encouraged.

Of course, I made some music for this game, and put together a little 5-track album of the songs. At your leasure, you can download an AAC version, or shoot me a line if you'd like a different format.

I had just finished making This Score Is Butt Ugly, so the music here is quite similar to that album, and they share a few samples. Since I had moved to Edmonton to make games, the new house I found myself in was not ameniable to recording. Thus, for the next few years, the only music I made was very sample/electronic oriented, and had to be mixed on headphones (which is typically bad).