The "rap" album. This one is an unmitigated disaster. It's probably the "worst" of my albums. The train(wreck) of thought that lead me to put years of work into this album is what has in some way undermined nearly every creative project of my life: the reluctance to give up on things that don't matter, and direct my attention to the things that do.

I spent the better part of 4 years working on it, off-and-on, and never got to a point where I was happy with it. It's "finished" in the sense that I gave up. That being said, it has a few moments that are personal favourites among my catalogue — in particular, the second half of the last track should be played at ear-shattering volume.

The 10th track was so poisonously atrocious that I (uncharacteristically) cut it from the album, and the album is better for it. I should well have cut the other 8-ish disasters, and just released the two enjoyable songs, Cacodaemon and Angst Takes....

Angst Takes A Seat Next To The Bar And In A Raised Voice Asks, "Who Asked You?"

Available upon request. It's bad enough that I don't want to post it here.. yet.

Even the cover was terrible. Yes, this was supposed to be a christmas rap album. Fuck me with the roaring tide... 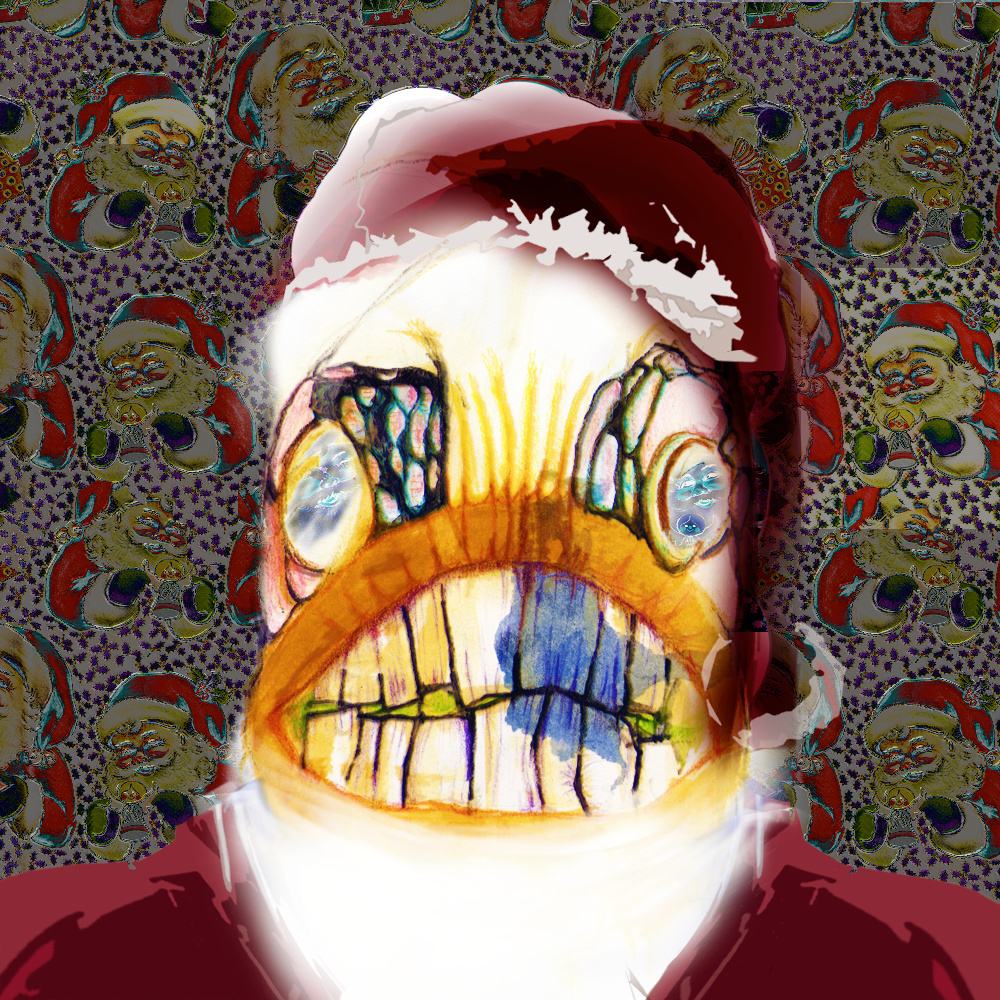 You made it this far? Jesus. Here is a weird-ass alternate version of one of the songs...

... and here's an isolated version of one of the percussion tracks.