I've used this name for quite a few projects over the past decade. It started in 2010 as the name of a video game. While working on a prototype, I created a music-generating system to provide the soundtrack. The game didn't pan out, but I used the music system to make a pair of songs, and released them as a micro album in 2011. I've since made a handful of adaptations of the ideas behind this music system, and I plan to keep working on this throughout the coming decade.

The driving idea of the game is that you'd play as a character who was constantly shrinking. The game engine would use procedural generation to produce new environmental details at ever decreasing scales, so that (for instance) microscopic cracks in the ground would slowly grow to the size of enormous chasms for the player to plunge into. The exact nature of the gameplay — platforming, combat, exploration, other characters — was going to be discovered by prototyping. If there was combat, we could create an interesting sense of urgency by making enemies more powerful the longer you left them alive, by having them grow along with the world around you, starting like harmless fleas and steadily rising to the stature of deadly colossi.

There was a lot of early ideation, but my parenter and I shelved this concept for being too ambitious, made Breakin as an easier first game, and then parted ways. I have a working prototype, but it's not far enough along to be enjoyably playable. Here's one piece of early concept art I drew. 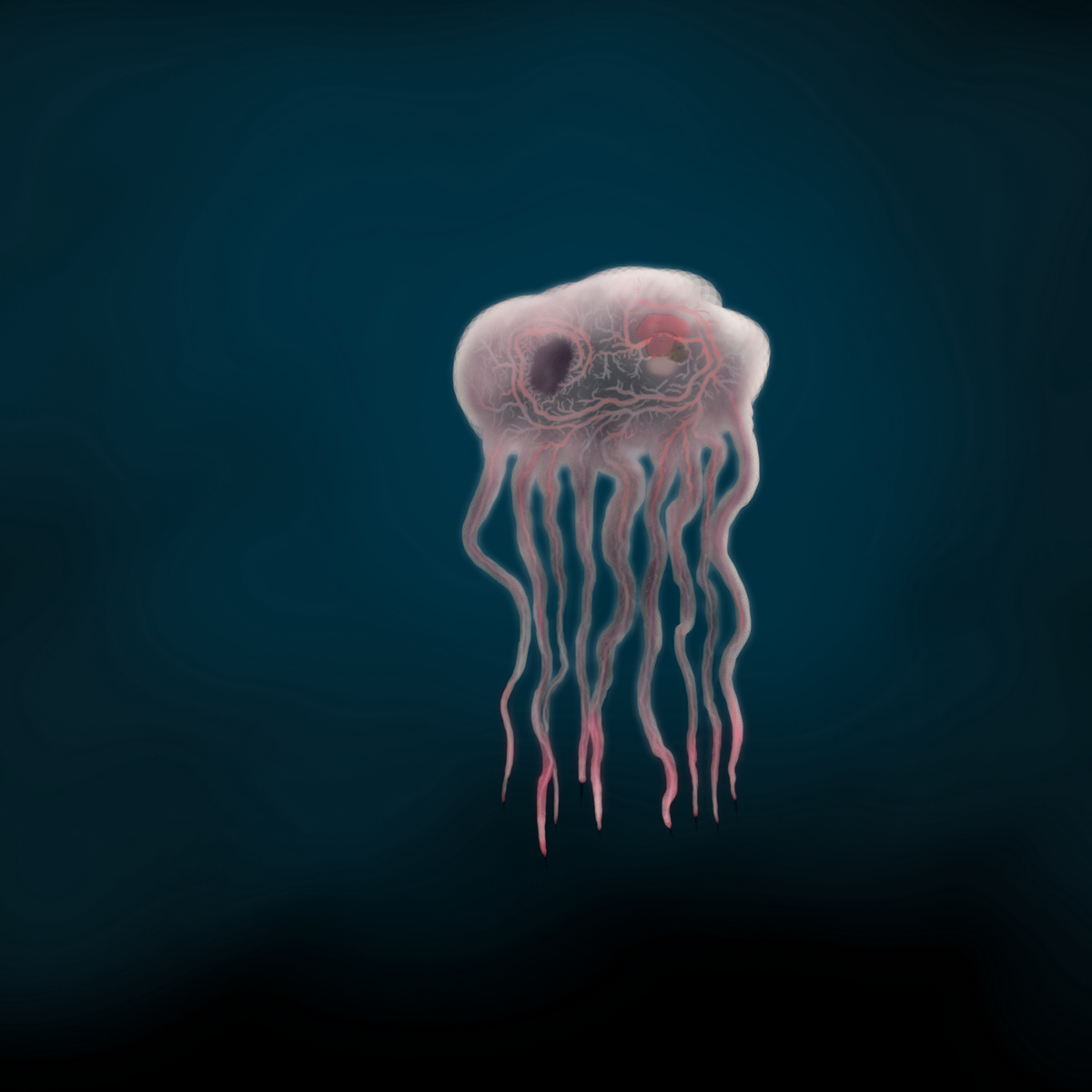 The music engine I built for our game prototypes was pretty delightful, so I decided to capture a bit of its output before leaving the project behind. This album is the result. The first song is directly captured from the engine, with a bit of reverb added in post. For this song, the engine is set to slow down continually. The second song is a composite of several runs of the engine, this time set to speed up continually. For more info on the way this music engine works, and what I mean by "speed up / slow down continually", check the writeup for a later iteration of this project Diminished Fifth.

Go to +15 Installation to read about the version of this project deployed as an immersive, year-long installation piece.

Go to Are We Small Yet? info about the first live concert exhibition, with a recording and screenshots.

I took a second crack at the "Are We Small Yet" project, porting it to ClojureScript and adding some visualization. The result is Diminished Fifth. This is definitely my favourite iteration yet.